Email to a friend | Print

How to Replace an H5/H6 Front Panel OSD Board

For this OSD board replacement, you will need a medium sized Phillip’s screwdriver and a small bowl to hold the screws that are removed.

Whether your unit is on a base, wall mount or arm, you will start by removing the unit from that mount. Once the unit is off the mount, you will want to lay it face down on a clean surface, so the touch glass does not get damaged during the board replacement.

Start by removing the 8 black screws holding the rear plastic housing in place. Once they are removed, lift the housing from the bottom. There will be two small clips at the top that are released by putting upward pressure on the housing. If your unit has an optical drive, you will lift the left side of the plastic and slide the housing off the optical drive. Set the housing to the side. 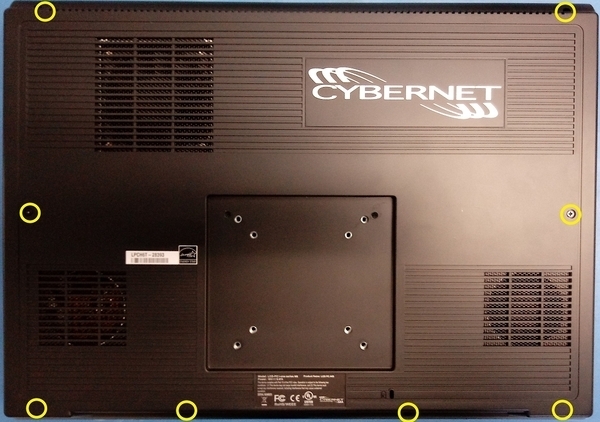 Next, Remove the retaining screw above the HDMI port. This is very important as the HDMI port can be damaged if the EMI shield is lifted while this screw is in place. 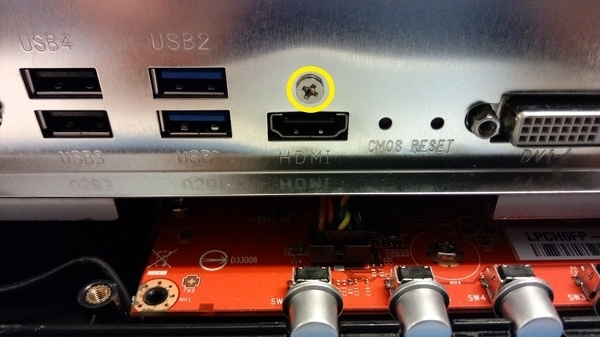 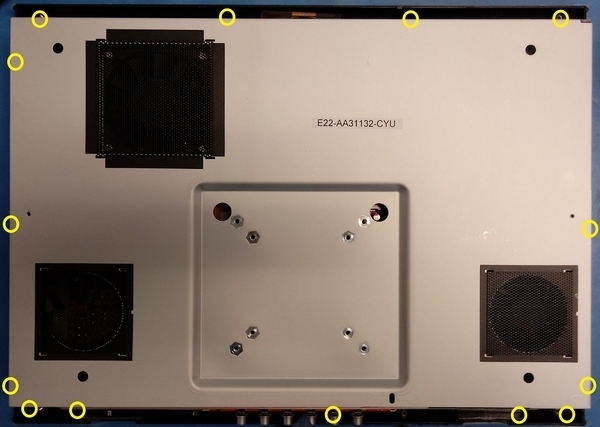 Now you can see the inside of the unit. You will remove the heat sink from the CPU, by loosening the 4 spring loaded screws all the way, removing the 2 screws from the top and disconnecting the fan. Set the heat sink to the side. 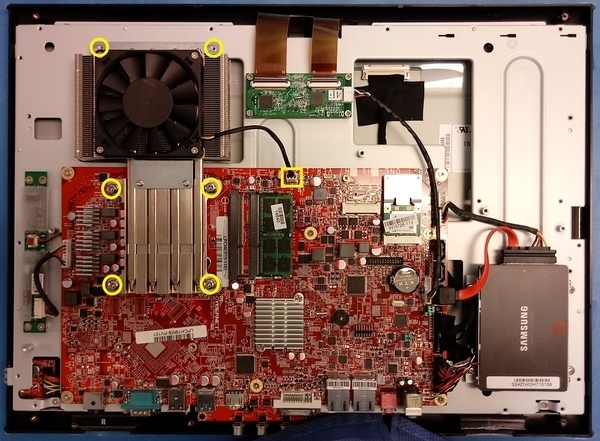 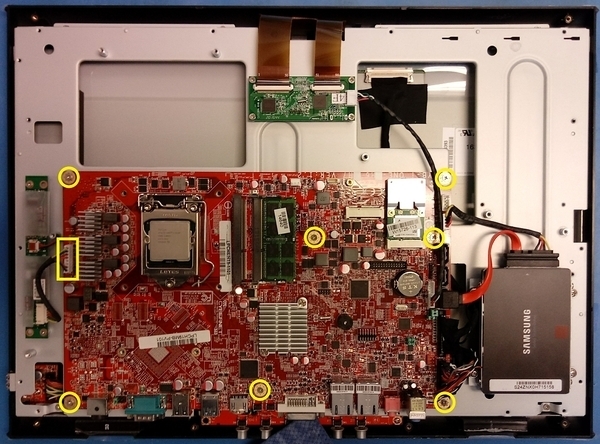 Once the motherboard screws have been removed and the Converter is disconnected, you can lift the left side of the motherboard and remove the 3 chassis screws found underneath. 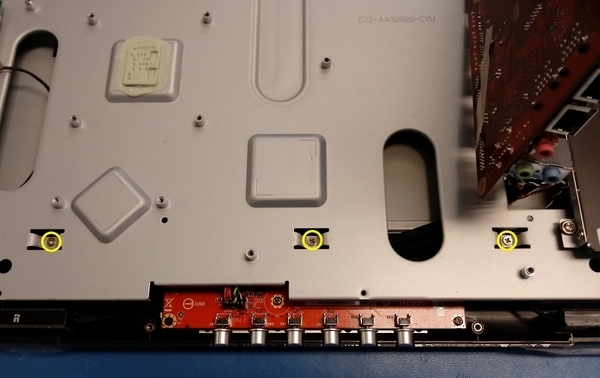 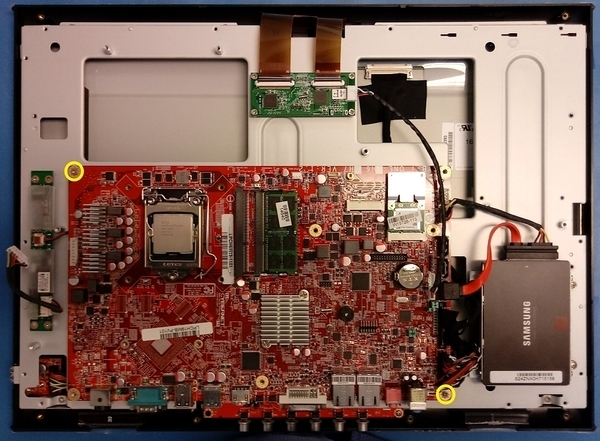 Remove the 12 screws from around the outside of the chassis, so it comes loose from the front plastic bezel. 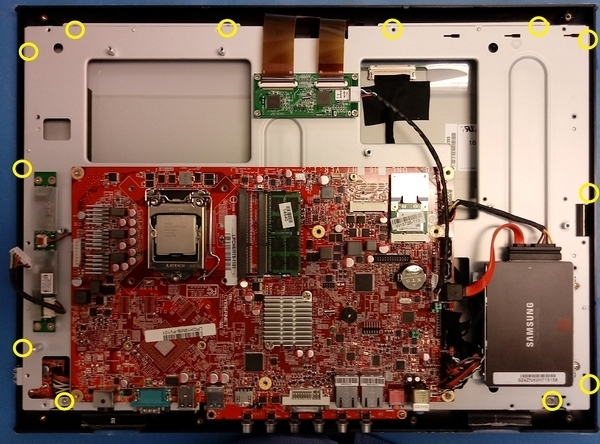 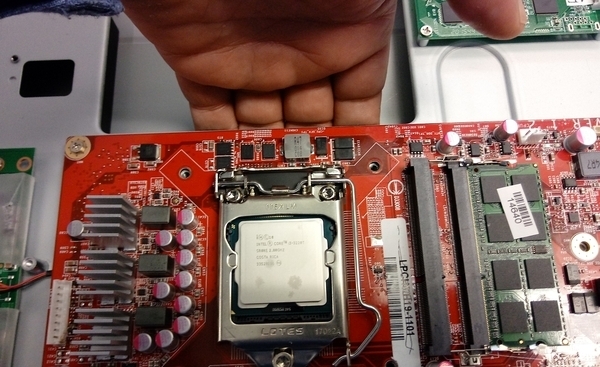 You will lift the chassis and display assembly up and shift it towards the top of the unit about an inch and a half. Which will expose the top OSD board screw. Once exposed, you will disconnect the OSD cable and remove the 3 OSD board retaining screws. 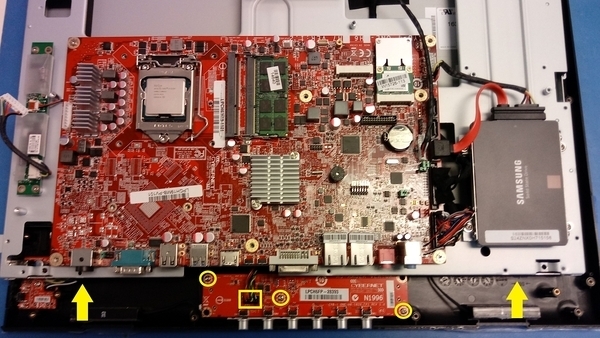 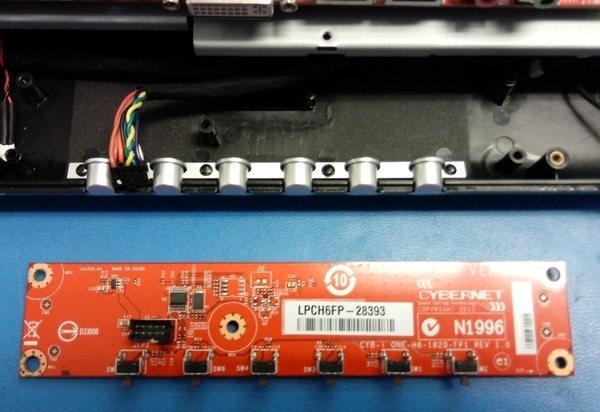 After you have installed the new OSD board, screwed it in place and reconnected the OSD cable, you will replace the chassis into the correct position by lifting it and placing it over the alignment pegs. There is one in the upper left corner and one in the lower right corner of the plastic front bezel. Once the chassis is set onto the alignment pegs, all of the screw holes should line up. 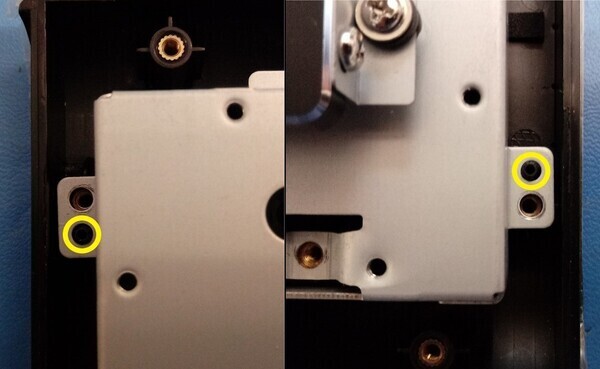 When you replace the heatsink, wiggle the heat sink, so the 4 spring loaded screws drop into the screw holes, then follow the pattern below. Make sure to reconnect the fan cable. 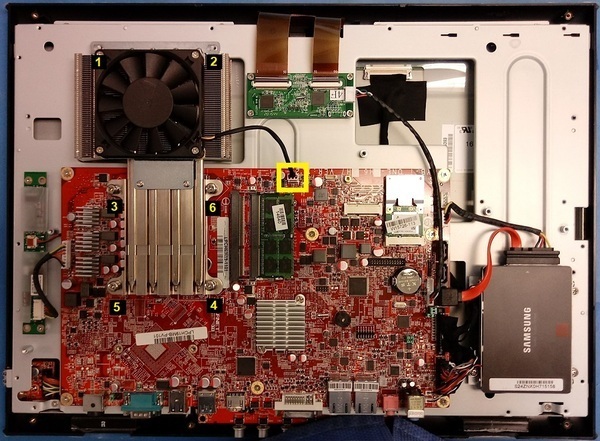 As you place the metal EMI shield back in place you will want to make sure you connect the 2 system fans. 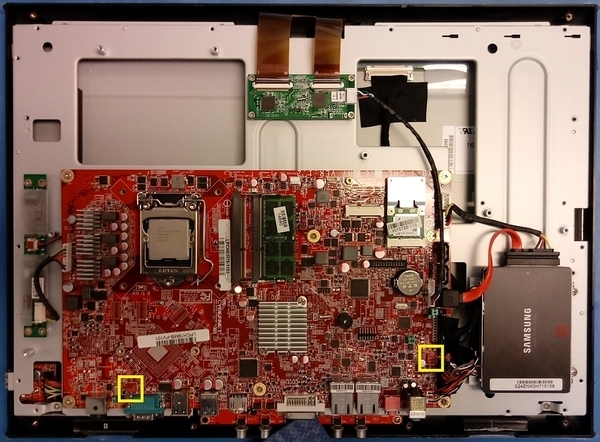 Replace the 14 screws that hold the EMI shield in place. Finally, replace the retaining screw over the HDMI port. Be very careful to not hit the HDMI port with the tip of your screwdriver.

Now place the plastic rear housing into position and replace the 8 black screw to secure it.

Your Front Panel OSD board replacement is now complete. All you will need to do at this point is re-mount the unit.