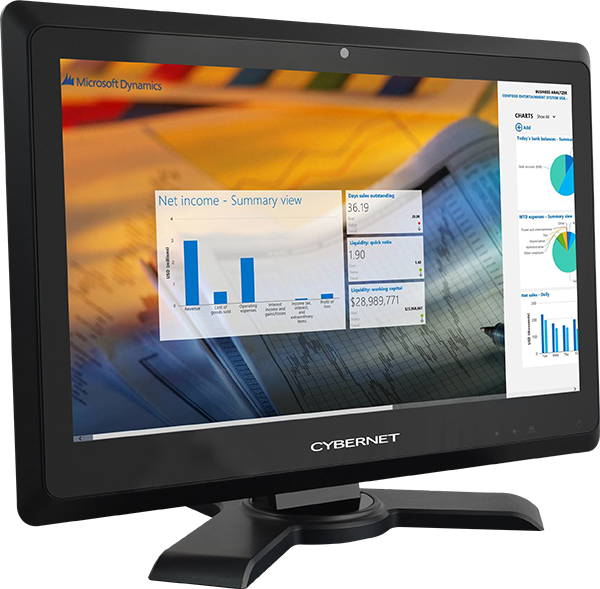 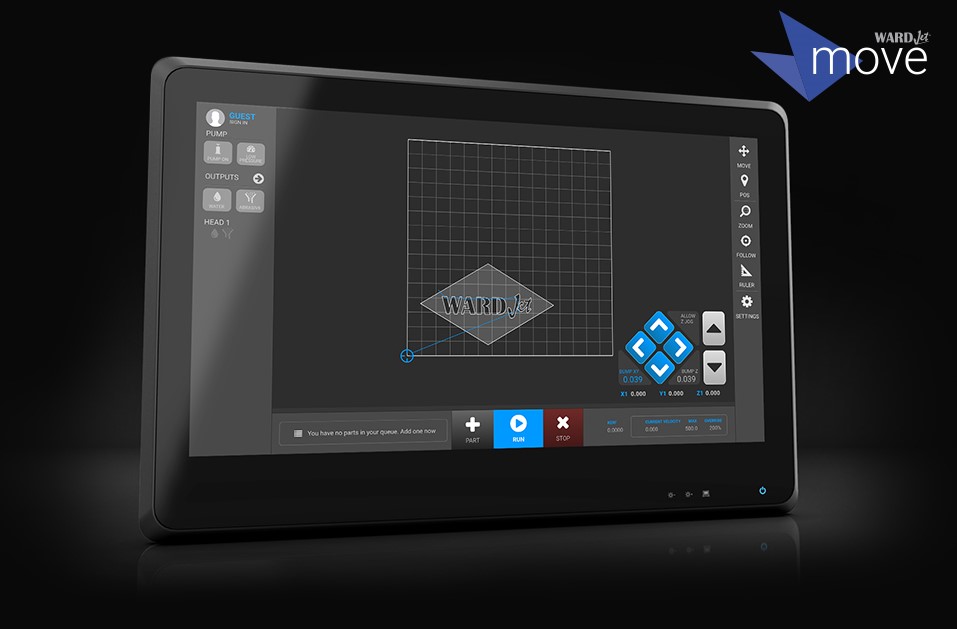 As one of the leaders in water jet cutting systems, staying at the forefront of innovation, WARDJet identified a problem - controls for CNC machinery were lacking. They set out to fix this problem with the intention of creating a new software interface called “Move”, which controls their X-Series cutting tools. Move would use a touch-based interface similar to that of modern day tablets and mobile devices. Doing this created a number of challenges. First and foremost, they needed an all-in-one computer that was powerful enough to run their software and had a responsive touch screen. Also, given the nature of a water based cutting tool, finding a unit that wouldn’t get damaged by splash-back or particulates in the air was important. Supply consistency was another important consideration. WARDJet needed to know that the operating system configuration and hardware, including motherboard chipset, on the computers they bought today would be the same as the ones they would buy a year or two down the road. This would ensure that their software could be installed easily and correctly. From a mechanical aspect, it was important that operators had a consistent interface to work from.

After an extended period of research and development, WARDJet’s team quickly chose the Cybernet iOne C22 to be their machine interface. The iOne C22 met all of the technical specs necessary for software operation and the development team was impressed with the responsiveness of the PCAP touch screen. An IP65 rating meant that the units would hold up against water sprays and dust in the air, which was peace of mind they could pass on to their customers. The long lifecycle of the units were also important. Unlike commercial grade computers that have a product life cycle as short as 6 months, the iOne C22 has a product life cycle of 5-7 years, providing WARDJet with the device consistency they needed.

The iOne C22 also had a couple of extra features, that while not vital for their project, provided some added benefits. The integrated RFID reader on each unit is something that WARDJet plans to use in the future as a secure login feature for end users. The internal UPS was another selling point they could pass on their customers.

During the research and development of their new software interface, WARDJet was happy that Cybernet was with them every step of the way to answer questions and provide options to move the process along. Throughout the field testing, the Cybernet units have performed exactly as expected. The PCAP multitouch feature has worked fantastic with their software. They are also happy with the flexibility of the USB ports on the unit, as many of their customers don’t have internet connectivity on the shop floor, so they can simply load their CAD designs on a USB drive and upload that directly on the Cybernet computers to start cutting.

It’s been a good experience working with Cybernet, being able to contact [Cybernet] directly. You worked with us on a lot of different questions and about different options. It really helped the research and development process.