Halliburton is one of the world’s largest oil field service companies, operating in more than 70 countries around the globe. Their portfolio of companies encompasses a wide range of sectors ranging from construction services to production management systems. Halliburton’s US headquarters are located in Houston, TX, and are a member of the S&P 500, a listing of the 500 largest companies listed on US stock exchanges. 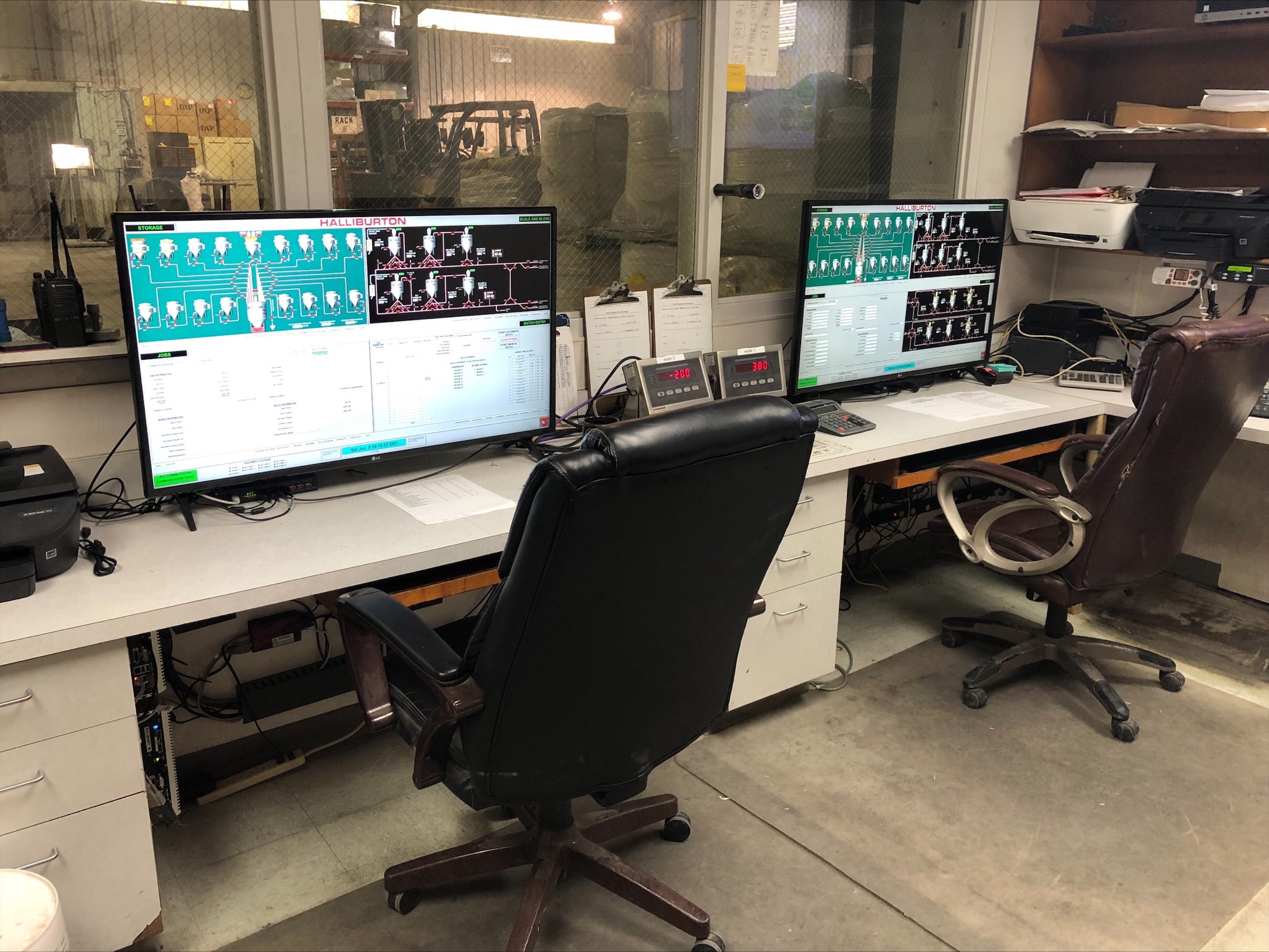 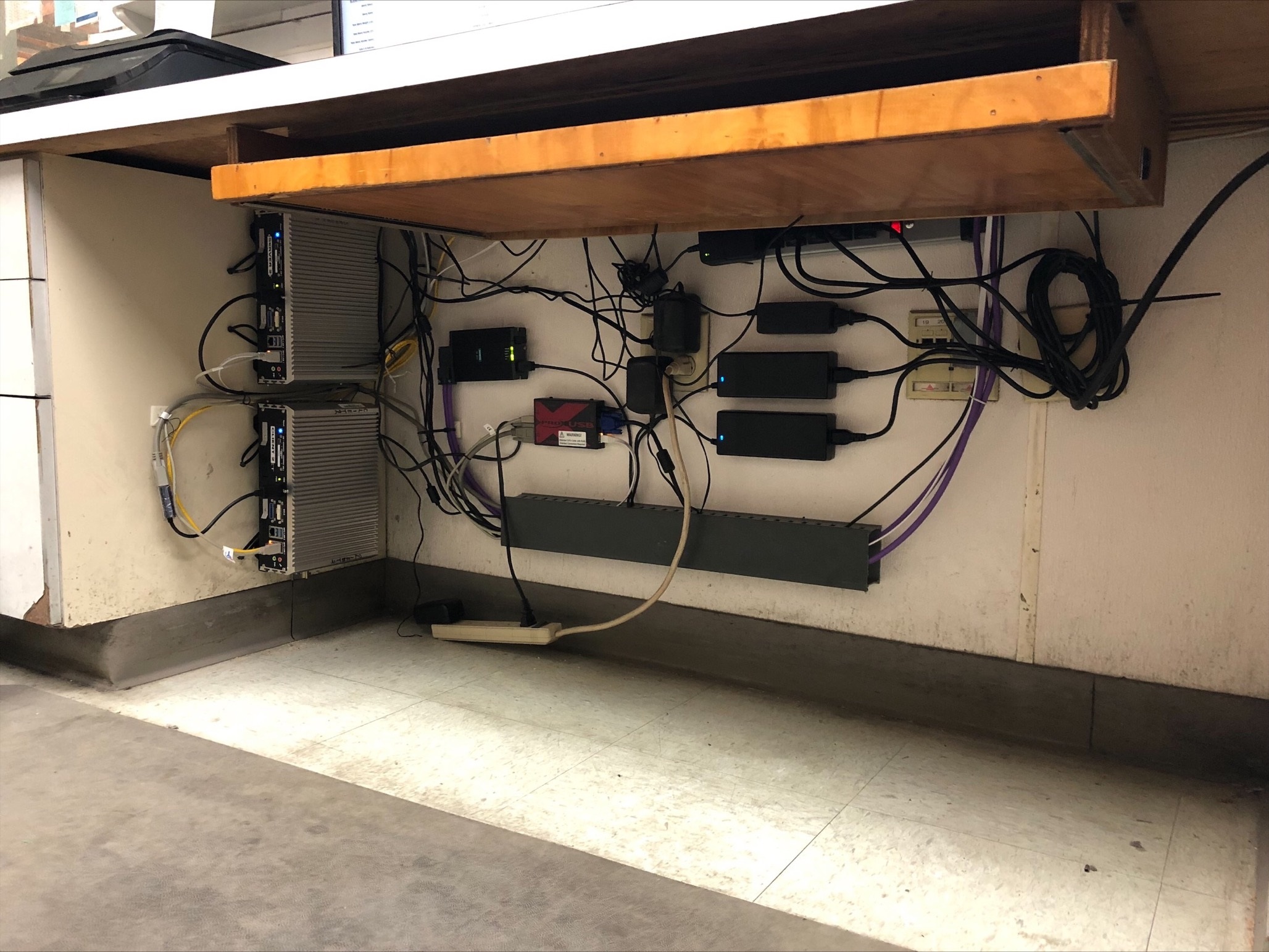 Halliburton operates many cement manufacturing plants around the country, each one manufacturing a unique recipe for use in well construction. These large facilities had been controlled by large rack mount computers with multiple cooling fans. One computer would act as a “server” connecting to a central database with formulation specifications, while a second unit would control the equipment used in the manufacturing process. The second unit would also be connected to a quad screen workstation that would allow an operator to know everything that was happening in the manufacturing process so that necessary adjustments could be made as needed.

Even though these computers were housed in a control room, the dust in the air from the manufacturing floor would still get sucked into the computers, resulting in frequent hardware failures. The entire plant’s operation would need to shut down while replacement computers were installed, and the broken computers would then need to be serviced before being re-deployed. As these computers started to reach their end of life, it became evident that a new hardware partner was needed for more efficient operation.

The technology team at the cement division was on the lookout for a fanless mini rugged PC that could easily be mounted out of the way that was capable of running manufacturing processes while also having the ability to connect four 4k displays for the control operations. The reliability of these units would be paramount for a successful hardware upgrade.

Based on a recommendation from a colleague in Haliburton’s fracking division, the technology team decided to test out the Cybernet iPC R1s mini rugged computers. The fracking division had been using Cybernet’s units for years in a similarly challenging environment and had reported no equipment failures. Based on that recommendation, and the familiarity with the vendor, the technology team decided to bring in a couple of units to test.

Simulating the real world environment would be too difficult. The iPC R1s easily mounted underneath the desk in the control room. Halliburton had also recently updated the monitor configuration, opting to use a single large screen 4k television that would be split into four different quadrants. Instead of needing to connect four monitors to the Cybernet computer, they were quickly able to connect the TV, reducing cord clutter as well. After two weeks of running non-stop in the lab environment, the technology team decided it was time to deploy the units in a real-world setting.

Since the deployment went live, the technology team in the cement division have reported no hardware failures. The units are performing exactly as advertised and are a far less expensive computer than what they had been using. The fanless design of the iPC R1s has also lived up to the billing. Early indications have been so positive that Halliburton will be upgrading hardware at all 11 facilities as their older units get to their end of useful life.

In addition to the reliability of the units themselves, the technology team has been impressed with the level of service and support they have received from Cybernet’s sales and engineering teams. The team has worked hard to resolve technical issues when they arose, lending peace of mind that should anything go wrong in the future, Halliburton knows that they have a partner they can trust to fix the issue promptly.

This little 10 x 7 x 3 computer is the brain of the entire plant. If this goes down, you cannot run the plant. It's just the way things are nowadays. We need a reliable computer that can withstand our environment. So far the Cybernet units have been great and I don’t anticipate us having any problems.