Founded in 2017, TOOsonix is a Danish medical device company that specializes in high intensity focused ultrasound (HIFU) applications. Their System ONE line of products is one of the first on the market capable of precisely targeting specific skin conditions and destroying the affected tissue without damaging surrounding healthy tissue. They continue to help patients with a focus on strong, foundational knowledge in ultrasonic technology. 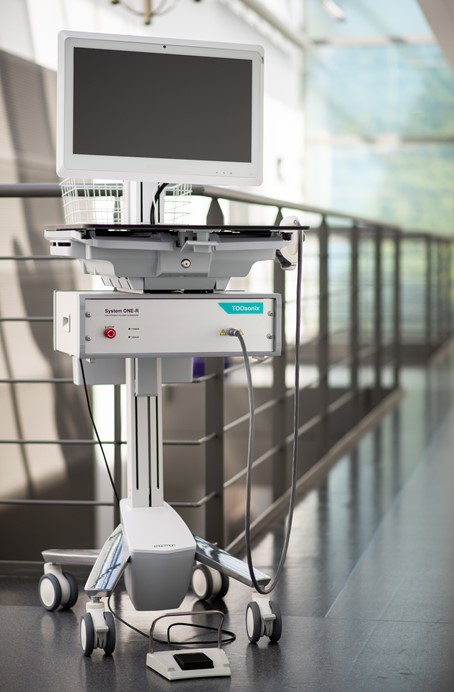 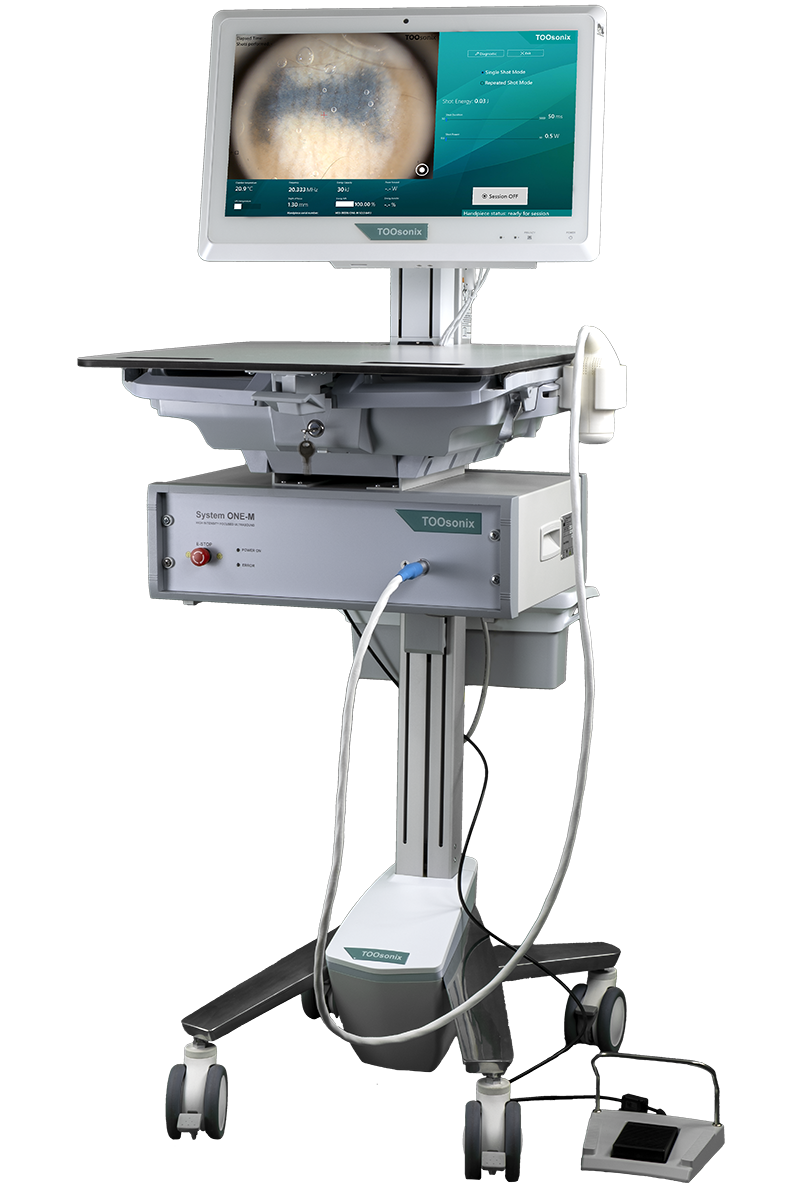 TOOsonix was beginning development on their System ONE-M, a medical device capable of using HIFU frequencies to provide treatment to targeted human tissue without having to damage the surrounding skin. They had the experience, technical prowess, and foresight to conceptualize a medical device they knew would transform the dermatology space. What they needed was the hardware, more specifically, a medical computer capable of turning those skills and experiences into a truly revolutionary flagship product. Naturally, there was a list of requirements that needed to be met for the central computer of their new device.

Almost immediately, the team knew that a computer that was deemed “medical grade” is more than just name was necessary. Their hypothetical product would be used within healthcare facilities by clinicians near patients, meaning IE60601-1 certification would be a prerequisite to achieving EMA approval. Furthermore, a device that was IP65 rated would further set their device apart by making their system easily disinfectable and protected against harmful ingress from liquids such as popularly used disinfectants. Also, the antimicrobial housing protects itself from harmful microbes.

In regards to the actual applications of their system, TOOsonix needed a medical computer with a large screen- one that would comfortably house the high quality stream of footage being transmitted to it in real-time by their product’s attached dermascope. Finally, they also required touchscreen capabilities that would allow clinicians and operating staff to effortlessly manipulate settings and configurations, calibrating the device to their preferences before using it to treat their patients.

Being composed of true-blue engineers and product developers who knew exactly what they needed, the team at TOOsonix launched a full market search, researching, scoring, and interviewing many computer manufacturers in the medical space. They found a few manufacturers whose products they were interested in testing and began building prototypes.

Their first foray saw them using a touch screen PC that was attached to a battery-powered cart. While the system technically worked, they weren’t happy with how bulky and hard to maneuver the final solution was.

Then they came across Cybernet’s CyberMed S22. Instantly, the team was relieved to see this powerful computer was truly medical grade, supporting all of the certifications needed to attain EMA approval and ensure the safety of both staff and patients that will be near the device. Cybernet also worked together closely with the suppliers of the Ergotron carts TOOsonix used for their previous product prototypes. This partnership, in addition to the S22’s internal lightweight battery, meant TOOsonix could use the computer in conjunction with an un-powered Ergotron cart for a lightweight, maneuverable solution. Finally, the team was also happy to see that Cybernet’s medical computers sported large, high resolution screens and an Intel Core processor capable of fully rendering the video feed that would be picked up by their system’s dermascope. This would ensure their users would be able to administer quality, effective care without worry over a blurry screen compromising the efficiency of their treatments.

Toosonix, after some heavy testing of their new Cybernet units, finally decided on a final concept and design of their System ONE-M device, one that would officially include the CyberMed S22 and non-powered Ergotron carts.

TOOsonix had no problems whatsoever receiving EMA approval for their System ONE-M. With the CyberMed S22’s IEC60601-1 medical certification and medical grade components, there was no question as to whether or not the team’s device was considered safe for staff and patients.

After finalizing their device, TOOsonix began to bring their system to a few clinics to assist in dermatology treatments. They were happy to see the touchscreen capabilities of the S22 unit provided clinicians a simple-to-use interface. Users were able to easily adjust and calibrate the device and its settings with touch screen controls before using the device to care for their patients.

The unit’s large, high resolution screen also gave users the ability to not only comfortably treat patients, but to even swivel the monitor over and show patients exactly what kind of treatment was being administered to them in real time.

Seeing the resounding success and positive reception of their device, the team is currently bringing their system to market, sending press releases, and raising awareness of the product they believe will revolutionize dermatology treatments.

We liked the fact that Cybernet worked together with the suppliers of the mobile carts that we used from Ergotron. We talked to a few of the guys at the European office and they were very cooperative and helpful so that’s kind of where we ended up. There was no reason to go anywhere else.