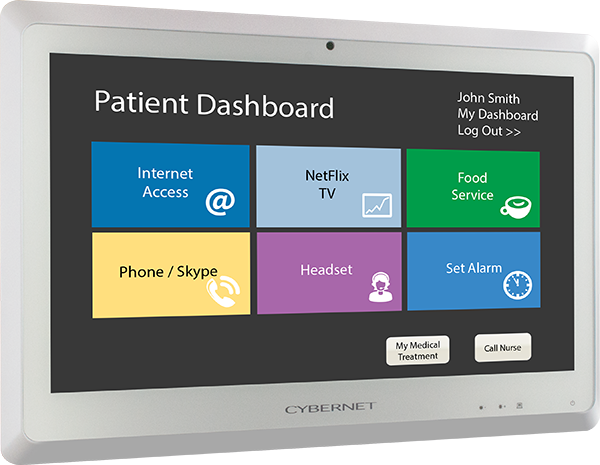 Founded in 1998, Moberg ICU Solutions is a medical device manufacturing company that specializes in neuromonitoring and information management. Their team is comprised of talented engineers, artists, and business professionals all laser focused on advancing the science of brain injury management with innovative, safe, and effective medical devices. 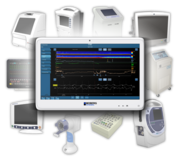 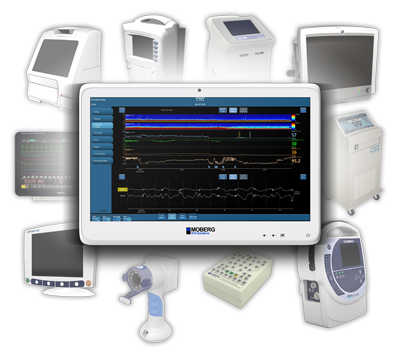 Moberg’s newest device, the Component Neuromonitoring System, was in need of a modern computer capable of running the software necessary to monitor physiological data in the ICU.

The team had originally elected to use an Advantech medical-grade computer, however, the vendor had decided to “end-of-life” Moberg’s preferred model. In most cases, the Moberg team would have simply started using a newer Advantech model, but, throughout the lifetime of their partnership with the vendor, they noticed a distressing amount of lead time from when their devices were ordered and actually delivered. Start to finish, the devices would take anywhere from 15-20 weeks to finally reach Moberg. Advantech’s support responsiveness didn’t fare much quicker either.

With all those considerations in mind, the Moberg team had a pretty solid idea of the kind of computer and vendor they needed to work with. What the team needed was a medical-grade computer with powerful processing, a touch screen, also capable of running Linux to support their application, and 60601-1 certification in order to pass FDA approval. Most importantly, they needed a computer that met all those requirements while also offering much shorter lead times and much quicker response times for support.

Moberg’s search had led them to a couple of manufacturers for evaluation, the first of which being Onyx. And while the vendor surely did mark the “medical-grade” box on Moberg’s list of requirements, they were disappointed to see Onyx’s devices were constructed and shipped from China. Having just left Advantech for their inconvenient lead times, the idea of shipping back and forth from China understandably raised some concerns. It was then that they turned their attention to Cybernet.

Enticed initially by the US-based manufacturing of Cybernet’s PCs, the team at Moberg was happy to see a medical-grade solution that could promise much quicker lead times and more timely support. The CyberMed C22 Medical Panel PC had caught their eye for several other reasons as well. The device was Linux compatible and provided the processing power capable of handling their data monitoring software. The device also met their requirements for 60601-1 certification for near-patient use in order to get FDA approvals. Additionally, they noticed the C22 has an antimicrobial housing to protect itself from harmful microbes and is IP65 sealed, making the unit safer for operation within an ICU where it would most likely be deployed.

Moberg’s Component Neuromonitoring Systems are now outfitted with the CyberMed C22 Medical Panel PC. After the integration, the team immediately noticed a marked decrease in the amount of time needed for manufacturing and delivery. What once used to take 15-20 weeks with Advantech was now being done in 3-4 weeks thanks to Cybernet’s US-based manufacturing and assembly. In the rare cases where Moberg had required support or a repair for one of their new devices, the Cybernet team was able to address the issue and have it resolved in a timely manner, having issues resolved in as little as 1-2 weeks.

The Moberg team was also happy to see the CyberMed C22 was capable of running their demanding EEG software without any drops in performance or efficiency. Furthermore, the device was seamlessly deployed across several of the ICU’s they support and not a single complaint has yet to be received about the unit’s performance.

We’ve had no hardware failures after switching to the Cybernet unit. On the rare occasions where we’ve had to work with their support team, we’ve experienced no issues- everything has gotten fixed and turned around in a decent time frame.