Mini PC with PCIe Slot
For Near Unlimited Functionality

The iPC R1is is extremely versatile and adaptable. One of its main strengths is the ability to be customized to fit your unique needs and facilitate your processes.

The iPC R1is is unique as a mini pc with PCIe expansion slot built specifically to tailor to your needs. Not one, but two PCIe expansion slots (1 PCIe x16 & 1 PCIe x4) are available to allow any added functionality needed to optimize your workflow.

Connect network cards, video cards, RAID cards, or anything you need with the expansion slots. The one thing you won't need to connect is a PCIe serial card for legacy equipment since the iPC R1is comes standard with four serial ports to accommodate any legacy application.

The iPC R1is uses military grade components and can operate in temperatures from -25°C up to 70°C / (158°F). The device easily adapts to extreme fluctuations in temperature making it the perfect tool for use in factory floors and other industrial working environments.

The iPC R1is is rated shock and vibration proof for demanding environments. It uses fanless cooling technology to protect internal components from damage, dust, and other particulates in the air while working quietly and efficiently.

Brands That Trust Us

We looked at a number of different manufacturers before choosing Cybernet. Ultimately, they were able to customize their units to our specific needs, and their sales and support staff worked with our engineers throughout the process to get the solution right.

Machine vision is used in smart factories today to automate quality control systems or to direct equipment, such as robots. Machine vision is ideal for repetitive tasks, such as automatic inspection, verification, measurement and flaw detection.

For these applications a panel PC is overkill since it can be run headless. Because of its versatility, the iPC R1is is an ideal choice for machine vision applications. It is equipped with multiple input/output ports, GbE LAN, USB 3.0, USB 2.0, and powered by Intel Quad Core i7 CPU, and has PCI Express Slots and Mini PCIe expansions.

The iPC R1is comes with ignition control, making it a great transportation computer option. Ignition control allows the computer to sense when the power supply has stabilized before powering on. This protects it from surges of power that could happen when a vehicle is turned on. It's also outfitted with terminal blocks so you can use this Mini PC as the control unit to turn other devices on and off.

This Mini PC with PCIe slot is built to give you unsurpassed connectivity for modern and legacy applications. Some of the connection points incorporated are:

Even though the iPC R1is excels at adaptability and expandability as a Mini PC with a PCIe slot, that's not its only strength. It also comes with a host of features and can handle a wide range of DC voltage ranging from 6V to 36V.

That offers tremendous flexibility whether being powered by a 12V battery in a vehicle, or 24V in an outdoor signage application. Having the wide range power input also helps to simplify the overall installation since you don't need to add a separate power supply with a specific voltage, or change your existing power distribution design.

With an extended warranty, you can add an extra layer of protection to our already industry-leading warranty term. We offer extended warranties for this product: up to 5 years.

Cybernet provides free imaging. Send us the final drive image on a USB key or a DVD media and we'll deploy the image on every all in one medical computer you purchase.

At Cybernet, we provide premium U.S.-based sales and technical support. We're always here to help you with customization and personalized support to ensure that you find the right solution that fits your budget and timeline. 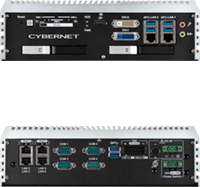 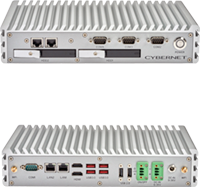 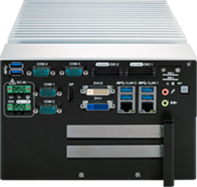 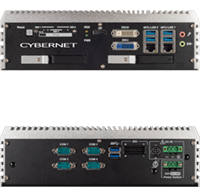 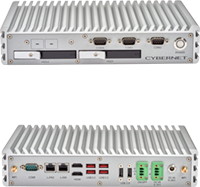 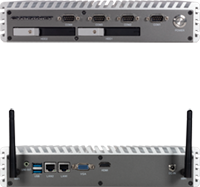 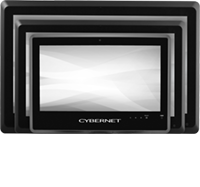 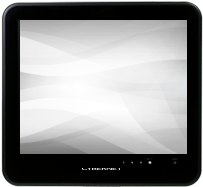 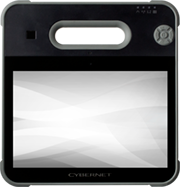 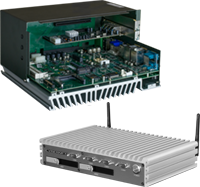 No strings attached, no catch. All of Cybernet's computers are available for a free demo for qualified end users. Simply fill out your name and email below to get the process started.

Thanks for Your Interest!

The Wheels are in Motion.

One of our technology architects will contact you shortly to get your demo started. Be sure to keep an eye on your inbox.

You're probably familiar with what a PCIe is and what it does, but there's so much more to it than meets the eye. That's why we put together some answers to some of the most asked questions about PCIe.

What does PCIe mean?

PCIe stands for Peripheral Components Interconnect express. A PCIe slot offers a lot of flexibility and versatility. As a result, it is capable of accommodating a wide variety of components, so you are able to design your system as you need.

Simply put, a PCIe slot is a way to connect modern expansion cards into computers or motherboards. It works with almost everything: sound cards, network cards, raid cards, video cards, and more.

What are the types of PCIe?

The most common types of PCIe are 1x, 2x, 4x, 8x, and 16x. The numbers correspond to the number of lanes each slot or card provides. The lane, in this case, refers to the path data can travel through, which means an 8x card would have double the potential data transfer speed of a 4x.

How many PCIe Generations are there?

There are 5 generations of PCIe. Although they are all backwards and forward compatible, their speed varies tremendously.

What is a Mini PCIe?

Mini PCIe, which is commonly referred to as mPCIe, is more recently introduced and is basically a smaller size PCIe commonly used in small form computers, laptops, and mobile computers.

With a few changes in looks and size, it's able to perform the same functions but fit in much smaller places. Although it has one lane, it provides a simpler and more powerful interface. Mini PCIe are available in two different sizes: full size and half size. The size refers to the length of the card.

What's the difference between PCI and PCIe?

Both PCI and PCIe are buses. A bus is a transmission wiring harness and it's a common method of transferring information between different parts of a computer.

Although both serve the same function, PCI was introduced in 1992 and is limited in speed since the technology is older. It was replaced by PCIe in 2004 which is much faster.

The PCI and PCIe interface are not compatible with each other. PCIe can connect to more modern devices such as graphics cards that PCI might not be able to support anymore.

Which one should I get: a PCI or a PCIe?

If you're still conflicted after you learned about the differences in speed and compatibility, don't worry. The PCI is now obsolete.

The choice is clear - get the PCIe; However, there are different generations of PCIe. Read that section above and decide what fits you best.

There are no reviews yet.

Write your review below

All product reviews submitted are subject to approval to ensure they are a verified purchase. Please submit the email address on file with Cybernet to help expedite the process.

Thank you for submitting your review!

Your review will be verified and approved once Cybernet staff has confirmed your previous purchase of this product.