Mobile imaging has been widely used in hospitals for years. Whether it be bedside x-rays or a portable ultrasound, having diagnostic grade images is important to properly diagnose an ailment.

Cybernet's 4k medical computer is perfect for this type of application. Our UHD displays offer the image clarity that radiologists and clinicians need. We offer a battery powered unit or a traditional unit powered by an outlet, providing you with the flexibility to choose the best unit to pair with your imaging device.

CyberMed S24k
Powered by traditional AC/DC power with an optional internal UPS for 5 hours of uninterrupted use.
CyberMed NB24k
Powered by three hot-swap batteries for up to 21 hours of continuous uptime.

Brands That Trust Us

We had worked with Cybernet before on our North Tower project, which was a huge success. Based on that relationship, it was really easy to put our trust in Cybernet for our cart project and anesthesia project. We couldn't be happier with the early results.

Receiving clear images and video in real-time comes down to three things - processing power, RAM, and display. The CyberMed NB24k and S24k feature a 24" UHD 4k display and powered by a powerful Intel i5 or i7 Core processor.

These 4k medical computers are also completely customizable and can be upgraded to 32GB of DDR4 RAM to ensure it has the power to run any application with real-time precision.

The ability to render video in real-time is critical to achieving the very best patient outcomes.

Cybernet's latest innovation is the world's first and only 4K medical computer with Antimicrobial housing to protect itself from harmful microbes. In addition all of Cybernet's 4K medical PCs are IP65 rated for easy cleaning and disinfection.

Engineered for the Operating Room

There are two things that an operating room needs in a computer.

Cybernet's 4k medical computers were purpose-built for operating rooms. The UHD 4k display allows data to be displayed in a smaller window, while maintaining clarity, eliminating the need for anesthesiologists and other clinicians to scroll through applications. Our powerful processor also allows for camera images to be displayed in real-time and can even render 3D tomographic scans.

All of Cybernet's medical grade computers are IP65 rated. The flat, sealed front bezel prevents all dust ingress, and can protect against a steady stream of water hitting the unit.

The CyberMed 4k Series has been independently tested and approved for use with all of the most common hospital disinfectants on the market. All of our units can be regularly sprayed and wiped down with chemical disinfectants without damaging the units.

Certified Ready for HIT Use

Cybernet has committed to putting our medical grade units through extensive independent testing from the biggest names in HIT to provide you with the peace of mind that our units will meet any and all challenges. 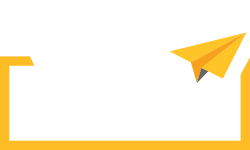 With an extended warranty, you can add an extra layer of protection to our already industry-leading warranty term. We offer extended warranties for this product: up to 5 years.

Cybernet provides free imaging. Send us the final drive image on a USB key or a DVD media and we'll deploy the image on every all in one medical computer you purchase.

At Cybernet, we provide premium U.S.-based sales and technical support. We're always here to help you with customization and personalized support to ensure that you find the right medical computer solution that fits your budget and timeline.

Cybernet windows tablets are designed specifically for enterprise and health care facilities with features and options not found on commercial and consumer grade tablets. These features include 2D barcode scanner, Common Access Card readers, RFID technology and so much more.

All In One Powered Cart

All in One PC Cart

All In One Powered Cart

All in One PC Cart

No strings attached, no catch. All of Cybernet's computers are available for a free demo for qualified end users. Simply fill out your name and email below to get the process started.

Thanks for Your Interest!

The Wheels are in Motion.

One of our technology architects will contact you shortly to get your demo started. Be sure to keep an eye on your inbox.

4k resolution, as you can imagine, is 4 times denser than a 1080 full HD display. This means if you have two displays of the same physical size, one at 4k resolution and the other at 1080, you can see four times as much detail on the 4k display.

Size and resolution are not the only attributes affecting image quality. When considering any kind of medical display, you should also think about the 4 main LCD technologies detailed below:

This generally has the fastest response time, but it sacrifices quality. It's the lower end option in terms of budget as well as performance.

A VA LCD panel would provide good color and light transmittance, but it would fall short on contrast when viewing at higher angles. It's a step up from the TN panel.

Much better quality at extreme viewing angles and faster response than the IPS panel. This can be classified as the VA panel with a compensation film added to improve contrast at high viewing angles.

Excellent color stability at extreme viewing angles. The drawback of the IPS panel is that it provides lower light transmission than the VA and generally has slower response times.

4k medical computers excel at providing accurate and crisp images to facilitate viewership. The first thing to consider is the application, though. If you need a diagnostic or a surgical monitor, you need to look for the specific standards.

A diagnostic computer is used by radiologists and other professionals to review medical images such as X-ray. It needs to represent true blacks, grays, and accent small variations in color. It's important to have high brightness as well as excellent image uniformity to assure consistent accurate diagnosis. The greyscale models need DICOM and colored monitors need Gamma 2.2.

For surgical monitors you need an IP65 rated computer in case of blood splashing and for ease of disinfecting. Response time is critical to get an accurate view of instruments' movement and it also usually has multi-input for cameras and other video devices.

The more budget-friendly option if you don't need a surgical or diagnostic computer is a clinician review computer. This is a general purpose computer with full high definition and a PCAP touchscreen built to handle all-around hospital work but with better resolution.

Not to be confused with brightness, luminance is a measure of the luminous intensity of light traveling in a given direction per unit area. Luminance levels indicate how much luminous power can be detected by the human eye and it's measured in candela per square meter (cd/m2).

Contrast refers to the difference in brightness between the light and dark images of a picture. High contrast means bigger difference and stronger visibility and low contrast would make it harder to tell where one ends and the other starts.

This refers to the light affecting the area where the computer is placed but is not produced through the computer. This significantly affects the picture quality and clarity. The brighter the ambient light, the harder it will be to see the details on the screen. Ambient lighting will essentially wash out pixels with lower luminance value.

Contrast sensitivity measures the observable differences between shades and levels of gray. This is one of the most important factors to consider when thinking about a clinical review monitor.

Monitors use something called pixels to show a picture on the screen. Pixels, also known as picture elements, are the smallest point on a display and they can turn into different colors. Screens generally have millions of pixels, together and by mixing the colors, they produce the high quality images we see.

A full high-definition display aspect ratio is 1920 x 1080, meaning the width is made up of 1920 pixels and the height has 1080 pixels for a total of over 2 million pixels. The more pixels you have the clearer and crisper the image is. A 4k monitor has 3840 x 2160 pixels and provides a much clearer picture.

Resolution can also be referred to in MP in reference to the image size, just like in digital cameras. A full high definition image would be called 2.3MP while a 4k display would be called an 8MP monitor.

Not to be confused with the resolution, display format is the physical size and ratio of the screen. A common ratio for full high definition monitors is 16 x 9 and this usually has a resolution of 1920 x 1080. A common aspect ratio for standard screens is 4 x 3; both are used in the medical field.

It's important to check what equipment you plan on displaying on your medical monitor and what aspect ratio is best for them.

For colored monitors, how yellow or how blue the image appears on the screen is determined by the color temperature. This usually falls between the range of 2200-6500 kelvin degrees. The lower the number the more yellow the image is.

Write your review below

All product reviews submitted are subject to approval to ensure they are a verified purchase. Please submit the email address on file with Cybernet to help expedite the process.

Thank you for submitting your review!

Your review will be verified and approved once Cybernet staff has confirmed your previous purchase of this product.

Perfect for our Lab Environment

Our specific needs in the professional medical education field required tough standards, and Cybernet was able to meet every one of our needs. We invested in the CyberMed all-in-one computer for our cadaveric lab to provide reference material and video conferencing support to our students during the COVID-19 pandemic and have been absolutely pleased with the product. The College of Podiatric Medicine at Kent State University will be looking to Cybernet again for future needs for our medical facilities.

The NB24K is a Great AIO PC for ALL

I work for a huge Hospital System up/down the West Cost (Moving into Western Texas) and we have been using Cybermed AIO PC's as our System-wide Standard Workstation for Anesthesia Carts the last 6+ years. I believe one of our Business Partners in Southern CA was the first Site to purchase the NB24K, even before Cybernet had it officially in Production. I've never heard of any hardware related issues with these Devices. There have been Software and Group Policy Issues however that has nothing to do with the NB24K Computer. Anything Software related is on our Internal Teams, as Cybernet sends the Devices to us and we install our own WIN7/10 Images. Cybernet has been GREAT when we need special tweaks with the Drivers in order to build our WIN7/10 Packages.
With each iteration of Epic requiring better and better resolution we recently made the NB24K our System-wide standard, which is making our Anesthesiologists very happy. I can honestly say this NB24K is well worth the cost. The best part is the 4K resolution giving us some breathing room for the next couple iterations of Epic. I can't say enough good things about this NB24K Device.